Who is Neil Marshall?

Neil Marshall lives in Swindon with his wife Nathalie and their 3 children aged 6 to 14. Neil studied history at Edinburgh University, then housing at Stirling. He moved south in 1997 and worked in various places including Reading Housing department and Swindon Crematorium before settling in to Further Education for those with special educational needs.

Neil is a Methodist local preacher, and preaches and leads worship in the Swindon circuit, he also likes riding his bike, running, walking and ceilidh dancing.

Neil’s father was Reverend Professor I. Howard Marshall, and he led the most beautiful prayers at Neil and Nathalie’s wedding.

There are some audio issues with this podcast, I know what has happened, but I don’t know how to fix it at the moment. You can hear Neil really well though. The other audio issues involve a busy house, a child making the light fitting wobble and sounding like we are being invaded by elephants, and the kettle going on. I have however edited out a small child entering and requiring to go through the room we are in, quite a bit of light fitting/ elephant invasion and the neighbour knocking on the front door and having a long conversation with the other adult in the house. 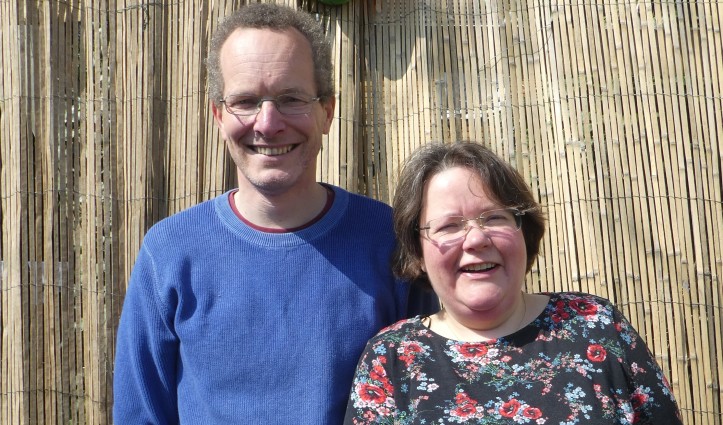 Above is Neil and I trying to be sensible

But we have known each other for 29 years, so it was always going to be tricky.

The canal boat holiday which both Neil and Nathalie refer to in their podcasts was in May 1997, and it was during this holiday that they bought the engagement ring and made the announcement. 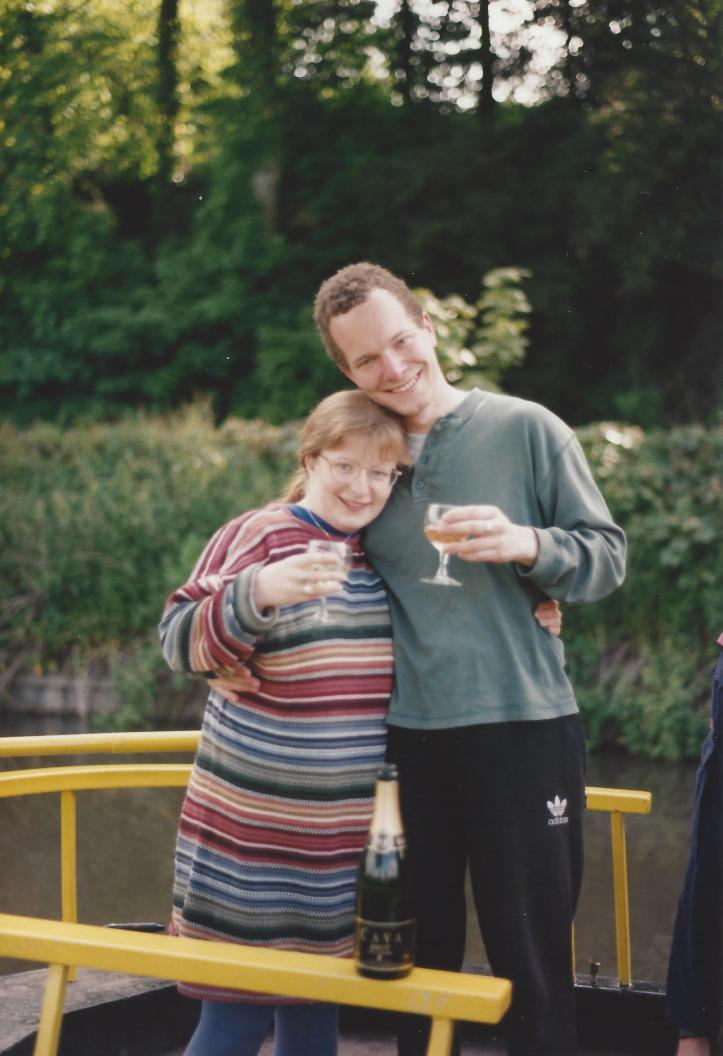